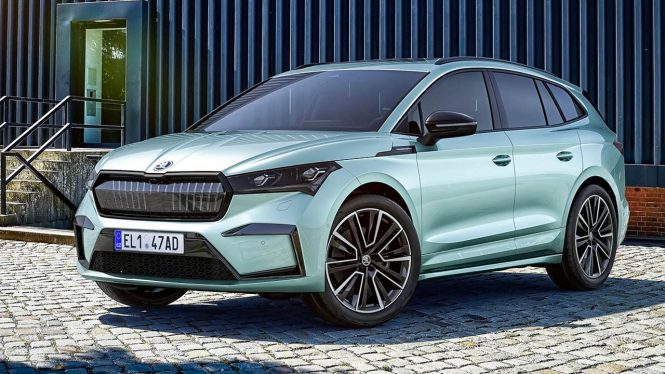 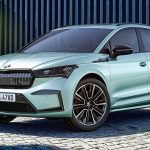 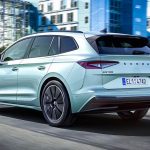 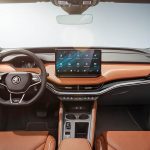 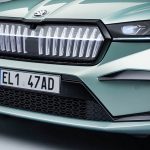 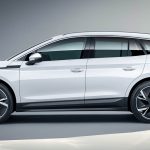 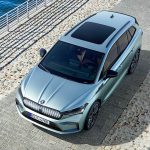 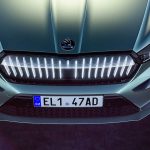 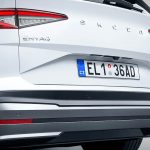 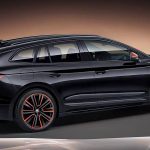 Skoda ENYAQ iV 50 electric car is the youngest model in lineup of new Czech crossover. It is distinguished from its brethren by its rear-wheel drive, 109 kW electric motor and 55 kWh batteries. Despite its weakest spec, it can run an impressive 210 miles per charge, and the acceleration time from 0 to 60 mph is 11.4 seconds are sufficient for comfortable travel.

The Skoda ENYAQ iV SUV is made in the brand’s own stylistics, and the use of the electric platform has significantly increased the amount of useful space. According to the developers, the interior is as spacious as the Skoda Kodiaq crossover, although the length of the electric car is shorter than the Skoda Octavia.

Enyaq will be assembled on plant in Mladá Boleslav, Czech Republic. EV will be based on the already well-known MEB platform, which is the basis for almost all electric cars from VAG Group. Its predecessor was the Vision E and Vision iV concepts shown in 2017 and 2019 respectively.