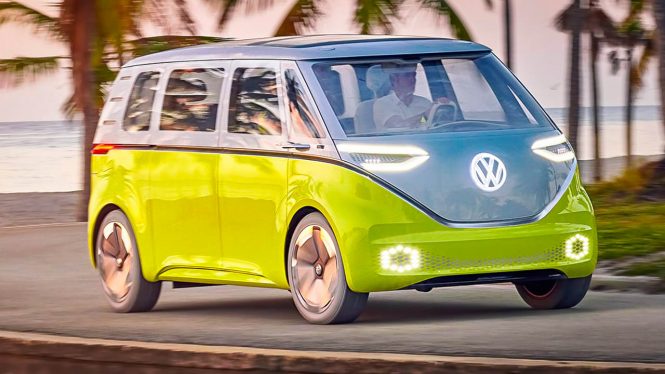 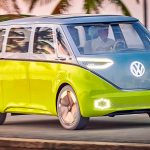 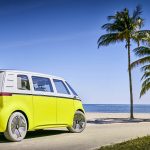 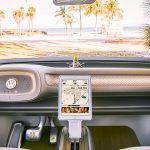 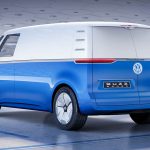 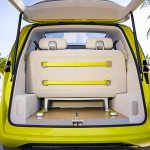 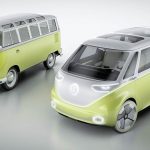 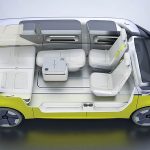 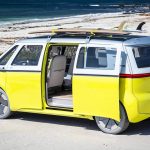 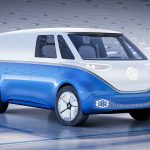 The German manufacturer decided to give a second “”electric”” life to the popular minibus Volkswagen Microbus. The concept has few details from an ancestor, but many elements that will surely satisfy the admirers of the famous minivan.

A pair of electric motors provide the car with four-wheel drive. The total power of the propulsion system is 369 hp. One engine is produced per axle. The minivan also has a rear drive cargo version with an electric motor of 268 hp mounted on the rear axle.
Volkswagen I.D. Buzz accelerate to 62 mph in 5.2 seconds. The maximum speed is limited electronically to 100 mph.

The battery unit with a capacity of up to 111 kWh is mounted in the floor of the concept and provides a range of up to 300 miles. The serial minivan will have the same battery layout, which will make it possible to create a spacious cabin.

The minibus is built on the MEB architecture, which will be installed on the other models of the I.D. series – hatchback and crossover.

According to VW, both the passenger and cargo versions will be released. You can use your car with your personal VW User-ID key. The program stores all the user settings of the driver – climate, radio, chair adjustment and even a list of establishments visited in the last couple of months.”